First tests were accomplished successfully, and MSAS system for aviation use was declared operational in September 27, 2007,[2][3][4] providing a service of horizontal guidance for En-route through Non-Precision Approach.[1][2][5] 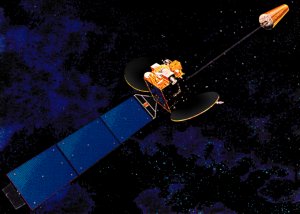 The space segment originally consisted of two geosynchronous communication satellites (GEO): the Multifunctional Transport Satellites (MTSAT), with navigation payloads which broadcasted the correction messages generated by the Master Control Stations for reception by the users.[5] These two satellites were not only devoted to navigation, but also to meteorological/weather purposes.

MTSAT were owned and operated by the Japanese Ministry of Land, Infrastructure and Transport and the Japan Meteorological Agency (JMA),[7] and provide coverage for the hemisphere centered on 140° East (including Japan and Australia, the main users of the MTSAT images). Besides being the Space Segment of the Japanese MSAS Augmentation system, the MTSAT satellites provided imagery in five wavelength bands for weather functions.

MTSAT-1R (also known as Himawari 6) was successfully launched on a H-IIA on February 26, 2005.[8] It was built by Space Systems/Loral. MTSAT-2 (also known as Himawari 7) was built by Mitsubishi and successfully put in orbit on February 18, 2006.[8] Their lifespan was planned of five years.[8][9] Both satellites, MTSAT-1R and MTSAT-2, were controlled by Kobe MCS station and Hitachiota MCS, respectively.[5] The main characteristics of MTSAT satellites are shown in next table (table taken from MSAS article in Wikipedia):[10]

MTSAT-2 was replaced by the weather-only Himawari 8 in 2015 and MTSAT-1R was decommissioned later that year, due to fuel limitations.

The QZS-3 satellite or Michibiki 3, was built by Mitsubishi Electric, based on the DS2000 bus. It is placed at 127º East and its improved antenna allows it to transmit two signals (dual-PRN operation). It was the first satellite to transmit an L1Sb SBAS signal. [11] [12]

Future plans for the MSAS include two additional QZSS-GEO satellites (QZS-6 and QZS-7) for MSAS V3 (2023(TBD)) as well as combined GEO and IGSO satellites operation and DFMC (Dual-Frequency Multi-Constellation) for the future MSAS V4. [11] 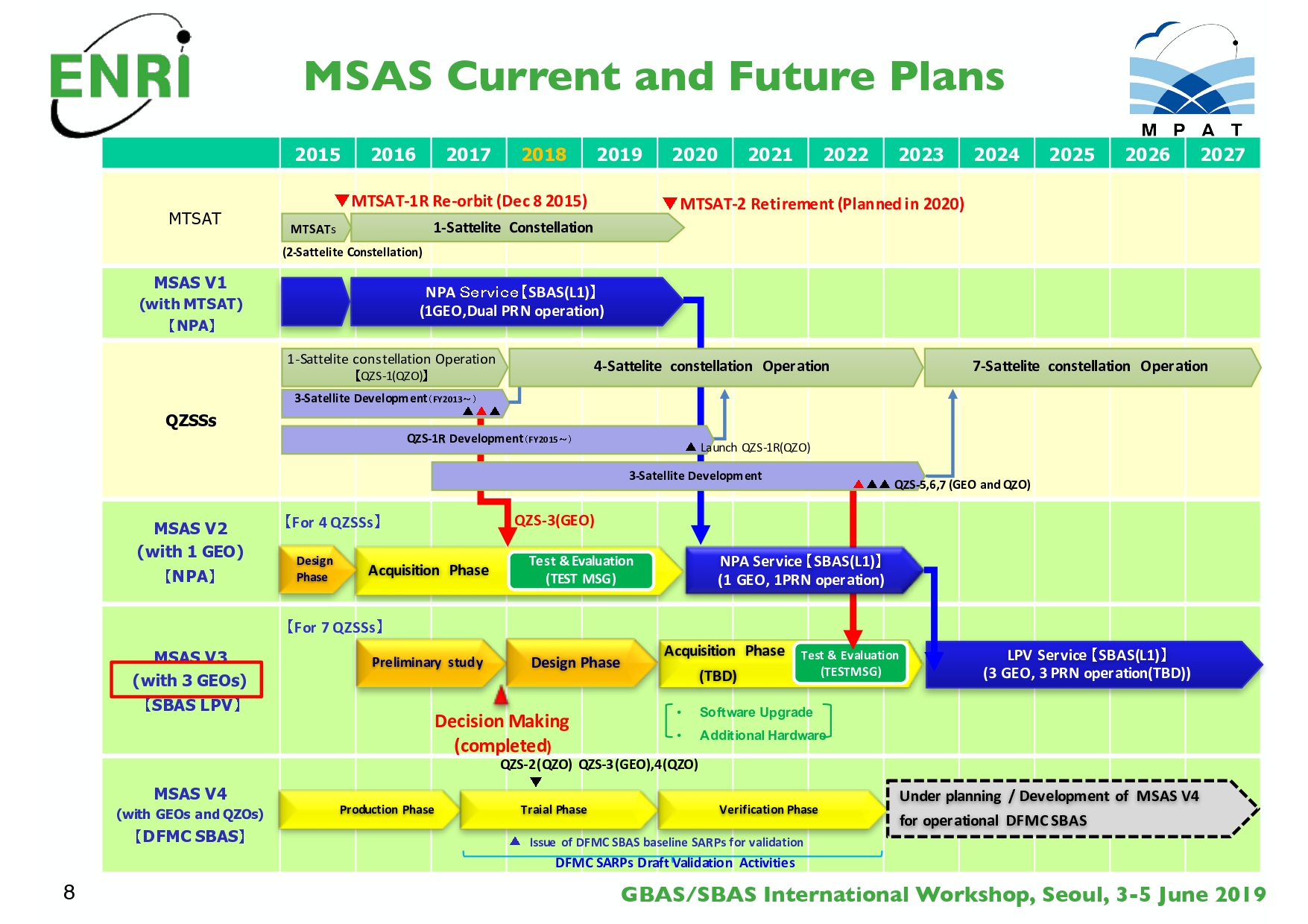