The MTSAT Satellite Augmentation System (MSAS) is the Japanese Satellite Based Augmentation System (SBAS) System:[1] a GPS Augmentation system with the goal of improving its accuracy, integrity, and availability. First tests were accomplished successfully, and MSAS system for aviation use was declared operational in September 27, 2007,[2][3][4] providing a service of horizontal guidance for En-route through Non-Precision Approach.[1][2][5] The SBAS signal used to be transmitted from MTSAT (Multi-functional Transport Satellites) operated by the Ministry of Land, Infrastructure, Transport and Tourism (MLIT). The SBAS signal that is made by MLIT is now transmitted from the QZS-3 GEO satellite using the QZSS SBAS transmission service since April 2020.[6] 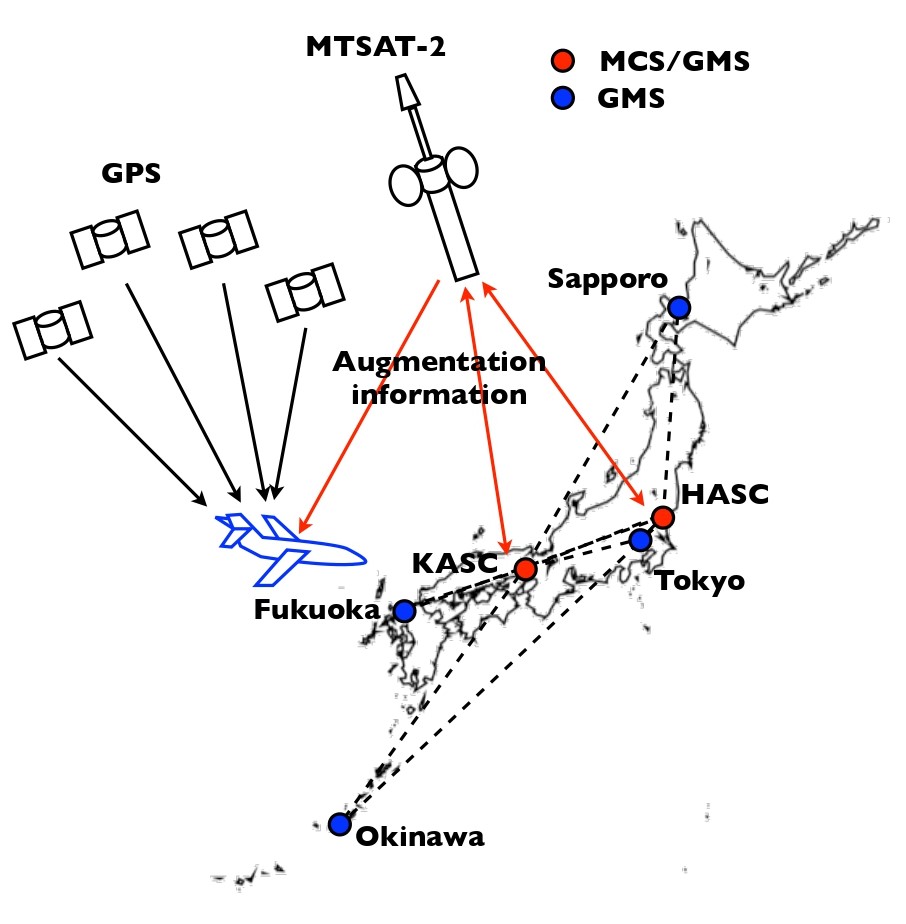 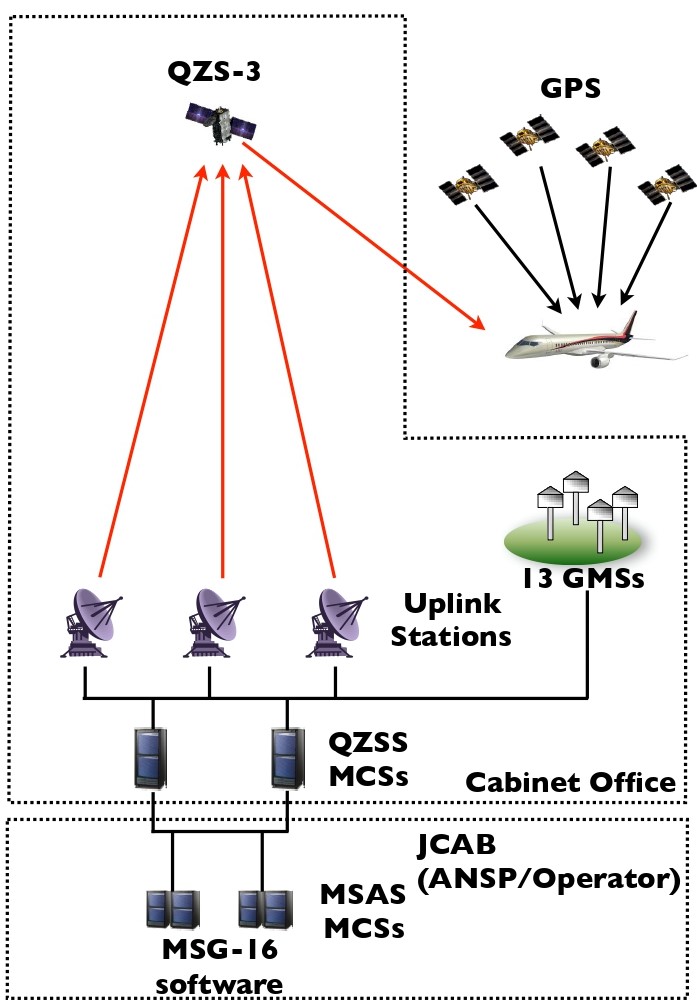 MSAS works by processing GPS data collected by a network of reference stations to generate the SBAS message which is uploaded to the GEO satellites. The GEO satellites broadcast this information to the user receivers, which compute the aircraft positioning and inform on potential alert messages.[5]

The MSAS system components are typically divided in three different segments: the ground segment, encompassing the system assets located on ground, the space segment, including the GEO satellites used to broadcast the information to the users, and the user segment, consisting in the users themselves.

The MSAS Ground Segment is composed of two main elements:

The original MSAS Ground Segment configuration included 6 GMS in Sapporo, Tokyo, Fukuoka, Naha, Kobe and Hitachi-Ota; 2 MCS in Kobe and Hitachi-Ota; and 2 MRS (Monitoring and Ranging Stations) in Camberra and Hawaii that were decommissioned in 2015. For the DFMC SBAS test being carried out since 2018, L5 SBAS ground facilities had to be set up [8]. For the MSAS V2 (2020 – 2023) a full replacement of the SBAS ground system is planned increasing the number of GMS stations to 13 and adding 3 Uplink Stations in domestic soil in order to provide LPV operation and LVP-200 at some major airports [8].