Difference between revisions of "GSSC"

The GNSS Science Support Centre (GSSC) is a joint initiative of ESA’s Navigation and Science Directorates and a facility of part of their joint Navigation Science Office. The GSSC, hosted at the European Space Astronomy Centre near Madrid, integrates a wide range of GNSS assets including data, products and processing tools in a single environment promoting scientific collaboration and innovative research. 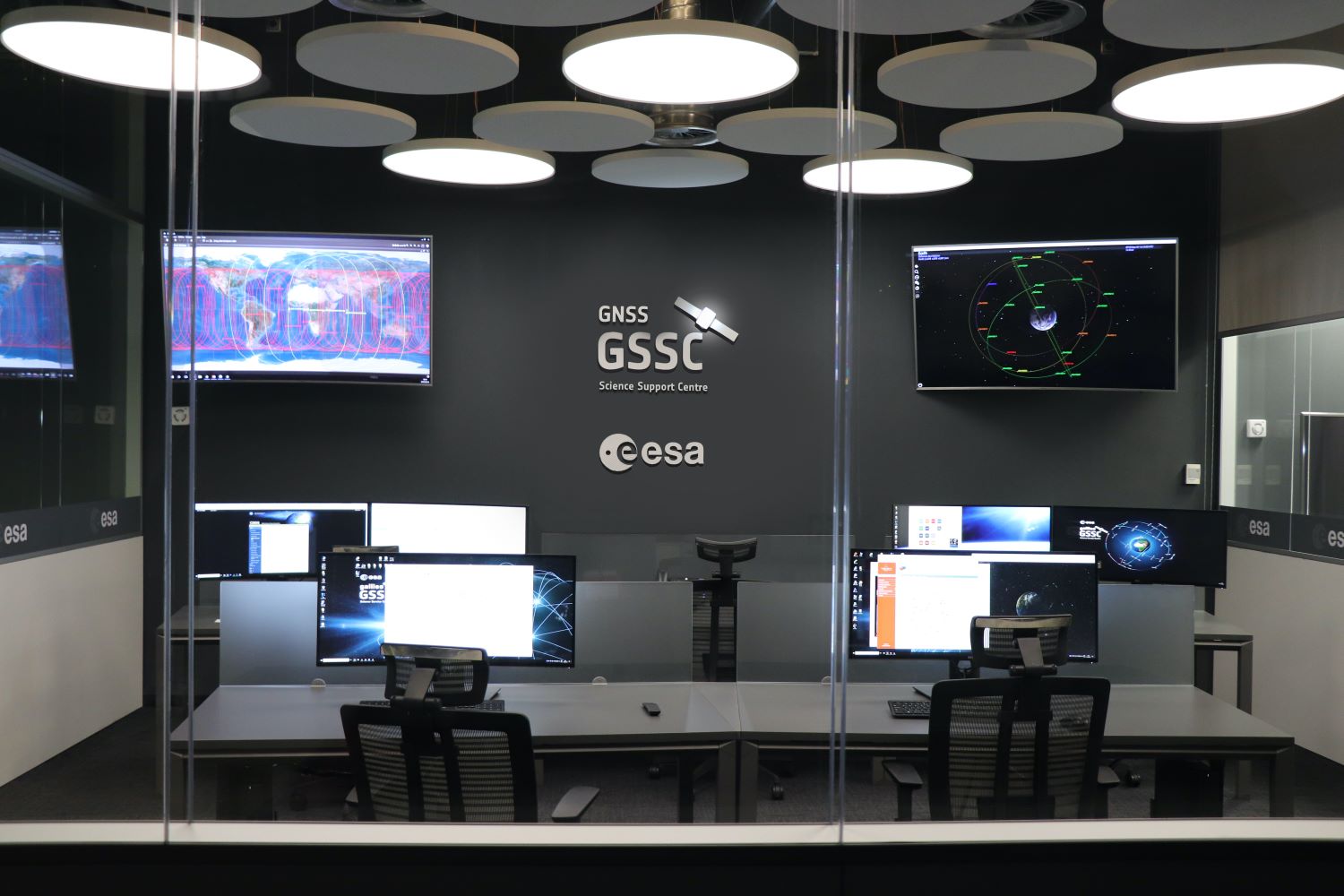 The Navigation Science Office was set up in 2016 as a joint initiative between ESA’s Navigation and Science Directorates, coordinating scientific opportunities through interaction with the scientific community and ESA’s independent GNSS Science Advisory Committee. Since the conception of the Navigation Science Office, the set-up of a dedicated facility, the GNSS Science Support Centre, supporting the implementation of its strategy lines, was considered a key objective. Announced in October 2017 at the 6th International Colloquium on Scientific and Fundamental Aspects of GNSS/Galileo, GSSC integrates IT and GNSS infrastructure to deliver advanced data and processing services for the scientific community. In July 2018, GSSC initiated Pre-Operations providing a meeting point where the science community would be able to engage in activities carried out by the office such us:

The core of the GSSC Project is a large GNSS repository, including global providers namely the International GNSS Service (IGS), regional ground-based GNSS receiver networks, space-based GNSS receivers from multiple missions and data from other services that can be of scientific use, such as laser ranging data from the International Laser Ranging Service (ILRS). Since the start of operations in 2018, GSSC developments have leveraged on mainstream Big Data, Cloud, Virtualisation and Container technologies to implement the GSSC's Thematic Exploitation Platform. This platform evolves GSSC's repository with state-of-the-art discovery and analysis services to enable a paradigm shift characterised by moving the processing components closer to the data. GSSC cyber-infrastructure allows the scientific community to extend processing systems executed at Data Centres, like quality checks and product generation, with new ones like Jupyter Notebooks to carry out on-the-fly, interactive, data analysis without the need to download the data.

GSSC is to play a key role in ESA efforts to ensure long term access to GNSS scientific resources produced by ESA throughout the different research programmes, among which, for example, the innovative GNSS Intermediate Frequency Recording Station (GIFRES), which assesses feasibility of storing receiver's Intermediate Frequency (Big) data. GSSC's Thematic Exploitation Platform (currently in the Private Beta phase) will be available to the public, extending community involvement for increased feedback and validation purposes. As soon as the feedback from users is injected into the final version and testing is complete, the Beta version will be declared production-ready. GSSC will continue integrating outputs from GNSS projects such as:

The GSSC is also expected to provide a major support to the scientific operations of all future GNSS-dedicated science missions on which ESA may be involved.