The phase centre is defined as the apparent source of radiation. If the source were ideal it would have a spheric equiphase contour, but the real case is slightly different, because the equiphase contour is irregular and each segment has its own apparent radiation origin.

Thus the phase centre of an antenna is not only angle dependant (elevation and azimuth) but also it depends on the signal frequency. A simple model is to assume that the phase centres are differs only on the vertical axis of the antenna, see figure 1. The manufacturers include technical sheets indicating the phase centre offsets. 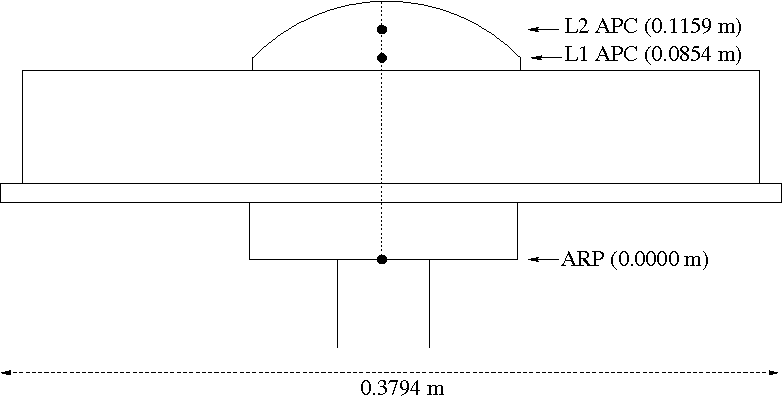 Figure 1: Layout of a Dorne Margolin T Antenna. The Antenna Phase Centre (APC) offsets for L1 and L2 signals and the Antenna Reference Point (ARP) are indicated in the figure.

These PCV files include North East Up (NEU) offsets of the mean phase centre location and Phase Centre Variations (PCVs) as a function of the elevation angle over [math]10[/math] degrees. They were determined using short-baseline field measurements taking the AOAD/M_T antenna as reference [Gendt, G. and Schmid, R., 2005] [1]. Nevertheless, as shown by [Mader, 1999][2], on long baselines, the relative PCVs are not adequate, even for the same antenna model.

Since November 5th 2006 (GPS week 1400) the IGS products, i.e, SP3 files [footnotes 3] with the GPS and GLONASS precise orbits and clocks..., and the Solution (Software/technique) INdependent EXchange Format (SINEX) files with the computed precise coordinates of the reference stations network are associates to such ANTEX files with absolute antenna phase centre corrections (offsets and PCVs). It must be pointed out that users should not mix absolute and relative PCVs. Moreover absolute PCVs require corrections for both satellites and receiver antennas.