CubeSat finds its way in space with Galileo receiver

CubeSat finds its way in space with Galileo receiver

An ETH Zurich mission, supported by ESA, has used Galileo to obtain position and timing fixes in orbit for the first time. This low-cost mission intends to demonstrate the in-orbit capabilities of Galileo, paving way for future navigation and scientific experiments. 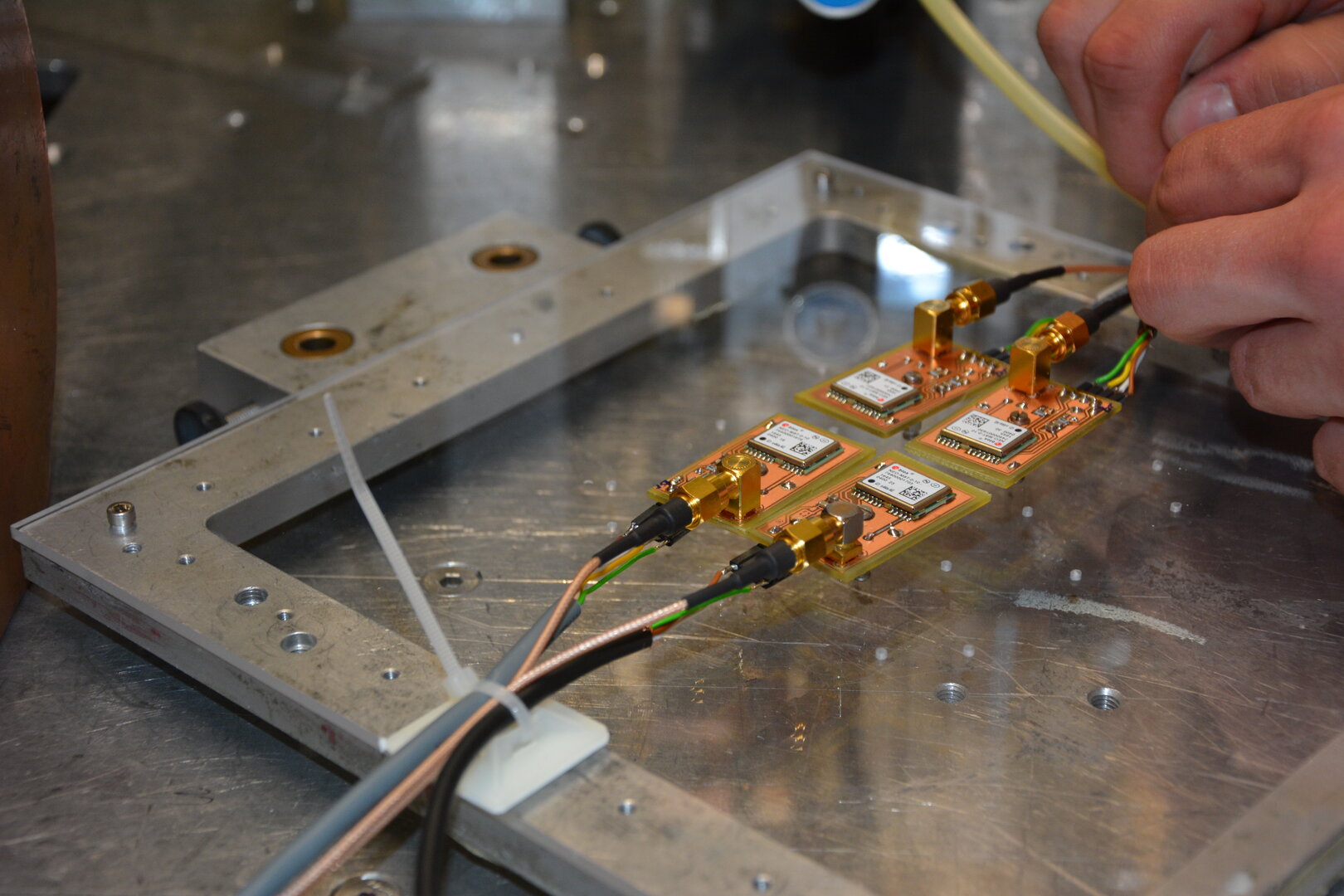 The CubeSat, assembled by Astrocast, contains a navigation payload of four GNSS receivers and two GNSS antennas. The receivers are mass-market u-blox multi-constellation receivers intended for ground applications modified for the orbital environment, as opposed to the usual high-cost space-grade receivers. This low-cost platform has achieved positioning accuracy of five metres, as reported at the 7th GNSS Colloquium in Zurich.

GNSS is widely used by satellites in low-Earth orbit for guidance, navigation and control. The combined use of Galileo with GPS and other GNSS constellations improves the accuracy and resilience of the positioning system, which has advantages for the precise orbit determination of the satellite. This, in turn, has an impact on overall mission performance. For example, for next generation Copernicus Earth-observation satellites, this could lead to more accurate environmental data.

This mission, conceived by ESA’s GNSS Science Advisory Committee and funded by ESA’s European GNSS Evolution Programme, could pave way to extending the use of CubeSats to perform future experiments to test European navigation systems and their evolutions, in partnership with other universities and research institutions.

For further information, refer to:
http://www.esa.int/Applications/Navigation/CubeSat_finds_its_way_in_space_with_Galileo_receiver