On July 10, 2003, the WAAS signal was activated for safety-of-life aviation, covering 95% of the United States, and portions of Alaska [8]. At present, WAAS supports en-route, terminal and approach operations down to a full LPV-200 (CAT-I like Approach Capability) for the CONUS, Mexico and Canada. Typical performances provided by WAAS System when considering operating in LPV (Horizontal Alarm Limit = 40 m , Vertical Alarm Limit =50 m) are shown in next figure:[9] 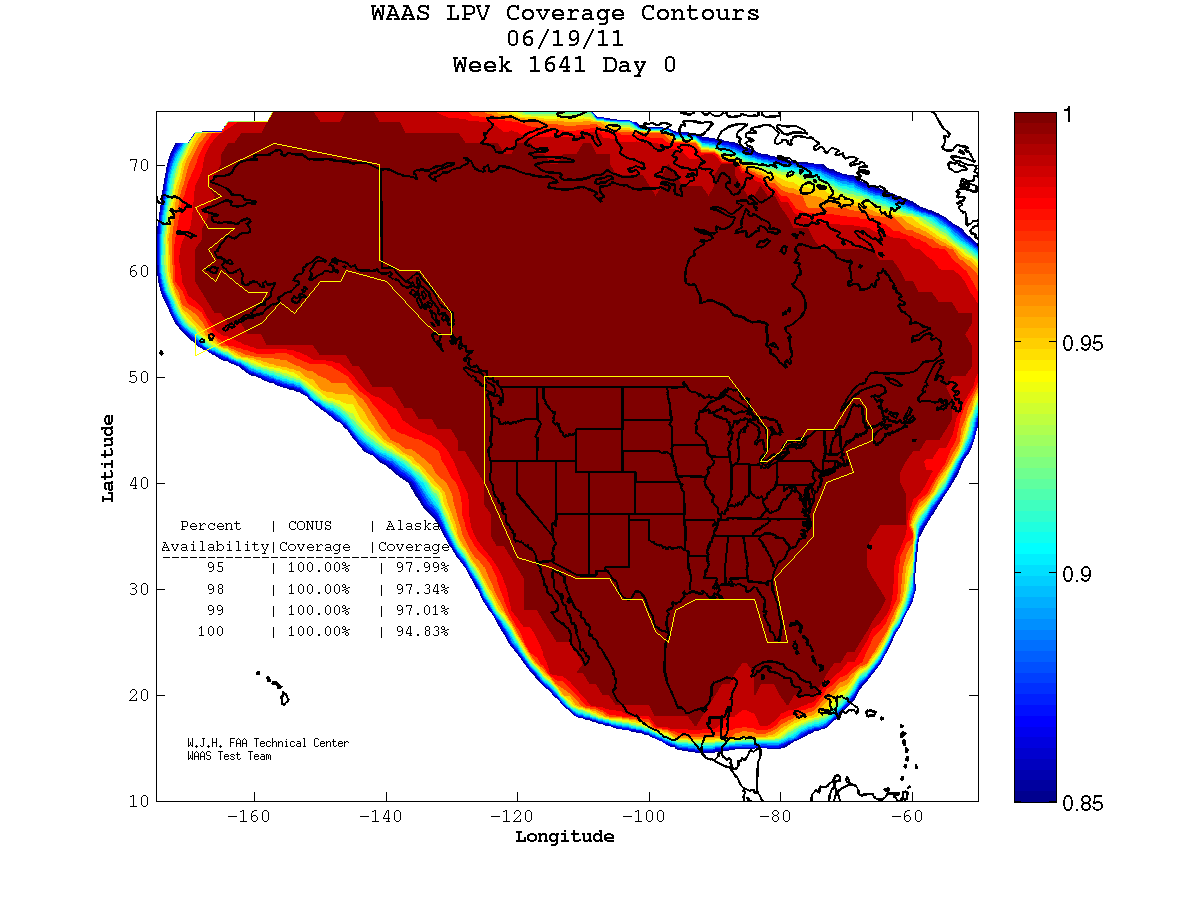