The Wide Area Augmentation System (WAAS) is the United States Satellite Based Augmentation System. The programme, started in 1992, is being carried out by the Federal Aviation Agency (FAA)[1] and is specially developed for the civil aviation community.[2] The system, which was declared operational on July 10, 2003on July 10, 2003,[3] currently supports thousands of aircraft instrument approaches in more than one thousand airports in USA and Canada.[4] WAAS service area includes CONUS, Alaska, Canada and Mexico.[5] The WAAS programme is continuously in evolution; three development phases have been already covered, and there are on-going plans to improve the capability of the system in parallel with the evolution of the SBAS standards towards a dual-frequency augmentation service.[6], [3] 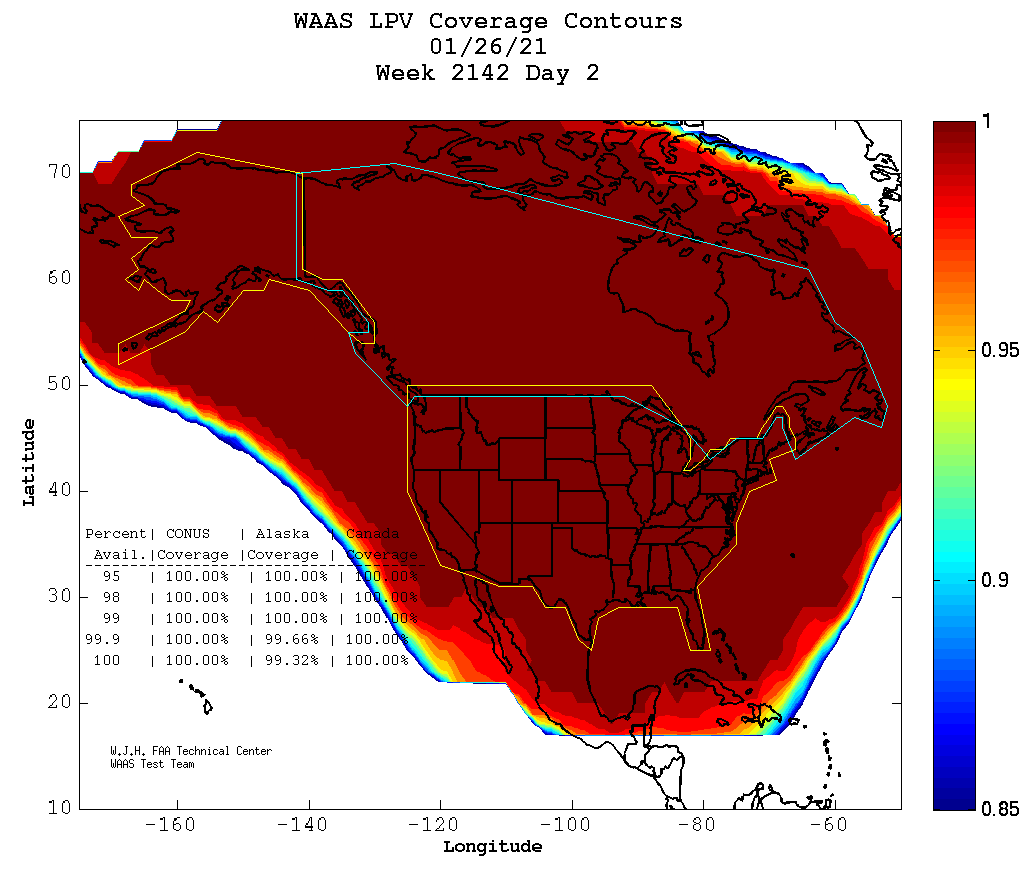