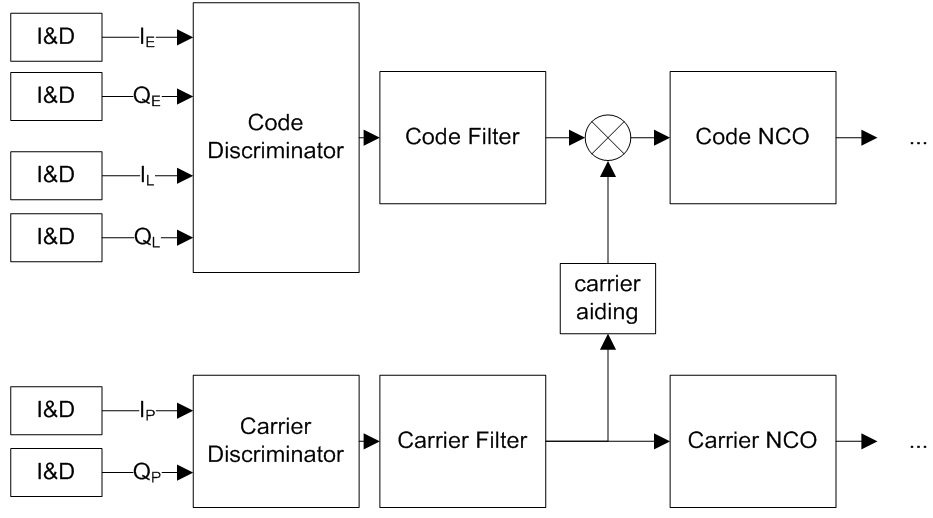 The tracking loops include:

The objective of the loop filters is to filter the discriminator output in order to reduce noise. These measurements are fed to the loop's NCOs that subtract them from the original input signal to produce a correction factor. This correction is then fed back into the first blocks of the receiver channels, namely Doppler removal and local replica generator, so as to update the current estimations. 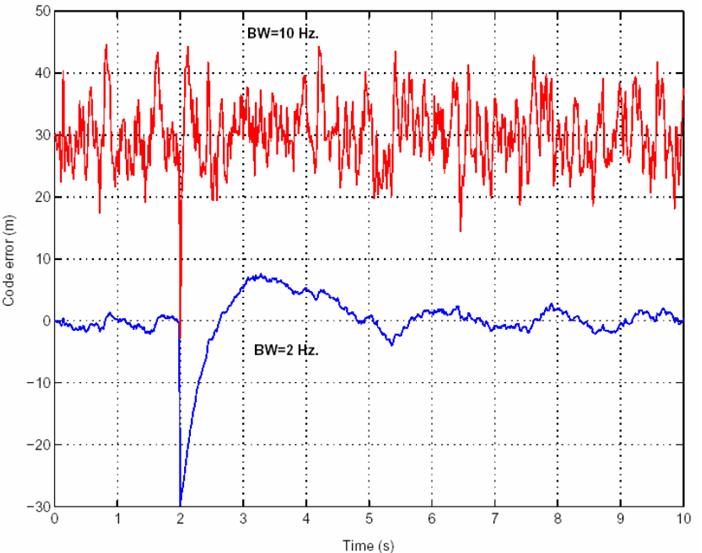 Figure 2: Loop response to a phase step at t=2s, for different loop bandwidths.

The design of the loop filters consists in dimensioning the filter order and bandwidth, in order to determine its response to the signal dynamics. In general, the design of the filter noise bandwidth [math]B_n\,[/math] needs to consider the integration time [math]T\,[/math], so that:

Whenever this condition is not guaranteed, the actual bandwidth tends to be larger than the desired one, leading to filter instability.

The effect of the filter noise bandwidth is illustrated in Figure 2, which depicts the filter response to a phase step. It can be seen on one hand, that lower bandwidths present less noisy results (since they correspond to longer integration times), and on the other hand, higher bandwidths have faster response times.

In terms of filter order considerations, the higher the order, the better the capability of the filter to follow the LOS dynamics. As such:

As a consequence, higher order filters perform better in dynamic stress conditions and provide less noisy results. The drawback relies mainly on the additional computational burden of the filters, since the order of the filter is directly related to the amount of operations. Furthermore, the order also imposes a limit on the filter bandwidth: as an example, a 3rd order filter requires a noise bandwidth below 18 Hz in order to guarantee stability[1].

Noting that the carrier loop jitter is much less noisy than the code loop jitter, it is possible to use the measurements from the carrier loop to remove the LOS (Line-Of-Sight) dynamics of the code loop, with the advantage of being able to lower the order of the code loop filter, as well as its bandwidth. This architecture is often called carrier-aiding, since it allows having a 3rd order PLL filter feeding its information to a 2nd order DLL filter, maintaining the same levels of performance of an unaided 3rd order DLL filter, as shown in Figure 1. For that purpose, a scale factor needs to be applied to the carrier filter outputs before including them in the code loop, in order to account for the fact that the Doppler effect on the signal is inversely proportional to its wavelength[1]:

Another way to remove higher order dynamics from the loops is to use external inertial sensors; this approach also allows for lower filter orders in the tracking loops[2].

In conventional receivers, tracking loops - namely Delay Lock Loops (DLL) operate independently, as they are assigned to dedicated channels to provide observables, e.g. pseudorange information for the case of the DLL.

The concept of Vector DLL (VDLL) relies on the fact that pseudo-range is not an observable per se[3]. Instead, the receiver observes the sum of signals coming from different satellites. Therefore it is possible to close the loop of the solution computation back to the signal correlation outputs, which are the actual measured quantities.

As an example, vector processing techniques have been used to estimate Doppler measurements from different satellites, and feeding back this information in order to be able to reduce the PLL filter bandwidth [4]. Vector processing may reduce the noise from all channels and guarantee that the loop bandwidth is now driven by the receiver dynamics. Furthermore, the VDLL may be able to cope with the blockage of one single satellite, as long as enough (strong) satellites are visible. The actual effect on the system is equivalent to the increase of noise on the remaining channels.

Conversely, a potential disadvantage of the vector processing is contamination among the measurements, e.g. in strong multipath environments such as urban canyons.