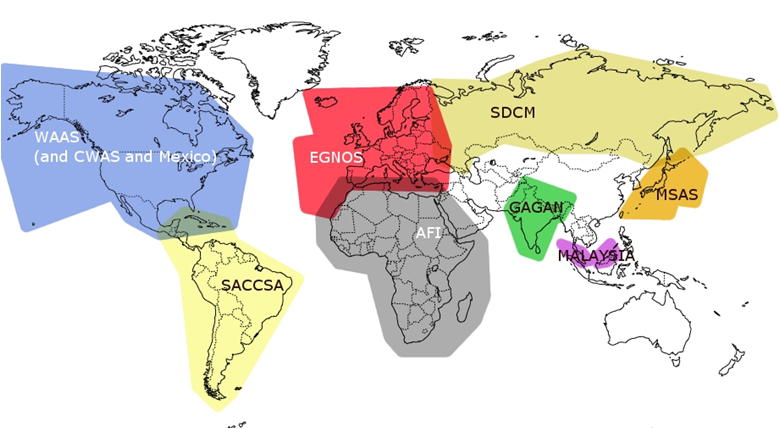 According to the Interoperability Working Group (IWG) of SBAS System several evolutions are expected in the comming years:

The Wide Area Augmentation System (WAAS) was jointly developed by the United States Department of Transportation (DOT) and the Federal Aviation Administration (FAA), beginning in 1994, to provide performance comparable to category I instrument landing system (ILS) for all aircraft possessing the appropriately certified equipment.[1]

On July 10, 2003, the WAAS signal was activated for safety-of-life aviation, covering 95% of the United States, and portions of Alaska.[1] At present, WAAS supports en-route, terminal and approach operations down to a full LPV-200 (CAT-I like Approach Capability) for the CONUS, Mexico and Canada.

The People's Republic of China is developing its own SBAS, called Satellite Navigation Augmentation System (SNAS). The company Novatel was awarded with a contract for the provision of 12 receivers for the phase 2 of the development in 2002.[3] These stations would complement the 11 ones already installed around Beijing for the phase 1. There is little public information available on this development.