QZSS and GPS have the highest level of interoperability among all the Satellite Navigation Systems as we will see in the following tables. In fact, the spectral properties are equivalent to those of GPS. The characteristics of the different signals in particular are summarized in detail in the following tables. For the case of the L1 band the technical characteristics of the QZSS signals are presented next: 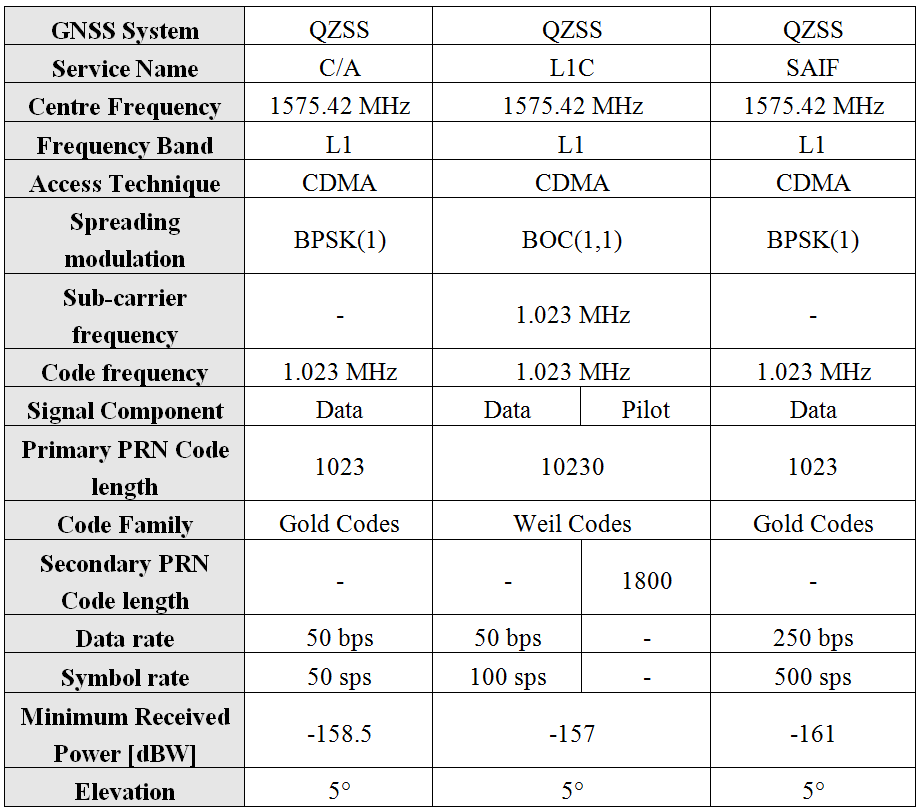 Equally, for L2, L5 and E6, the technical characteristics of the QZSS signals are summarized in the following table. As we can clearly recognize, except for the LEX(L6) signal in E6, QZSS and GPS are practically identical. It is interesting to note that this signal makes use of a very interesting multiplexing scheme for its experimental LEX(L6) signal, based on Code Shift Keying (CSK) [QZSS SIS ICD][1]. 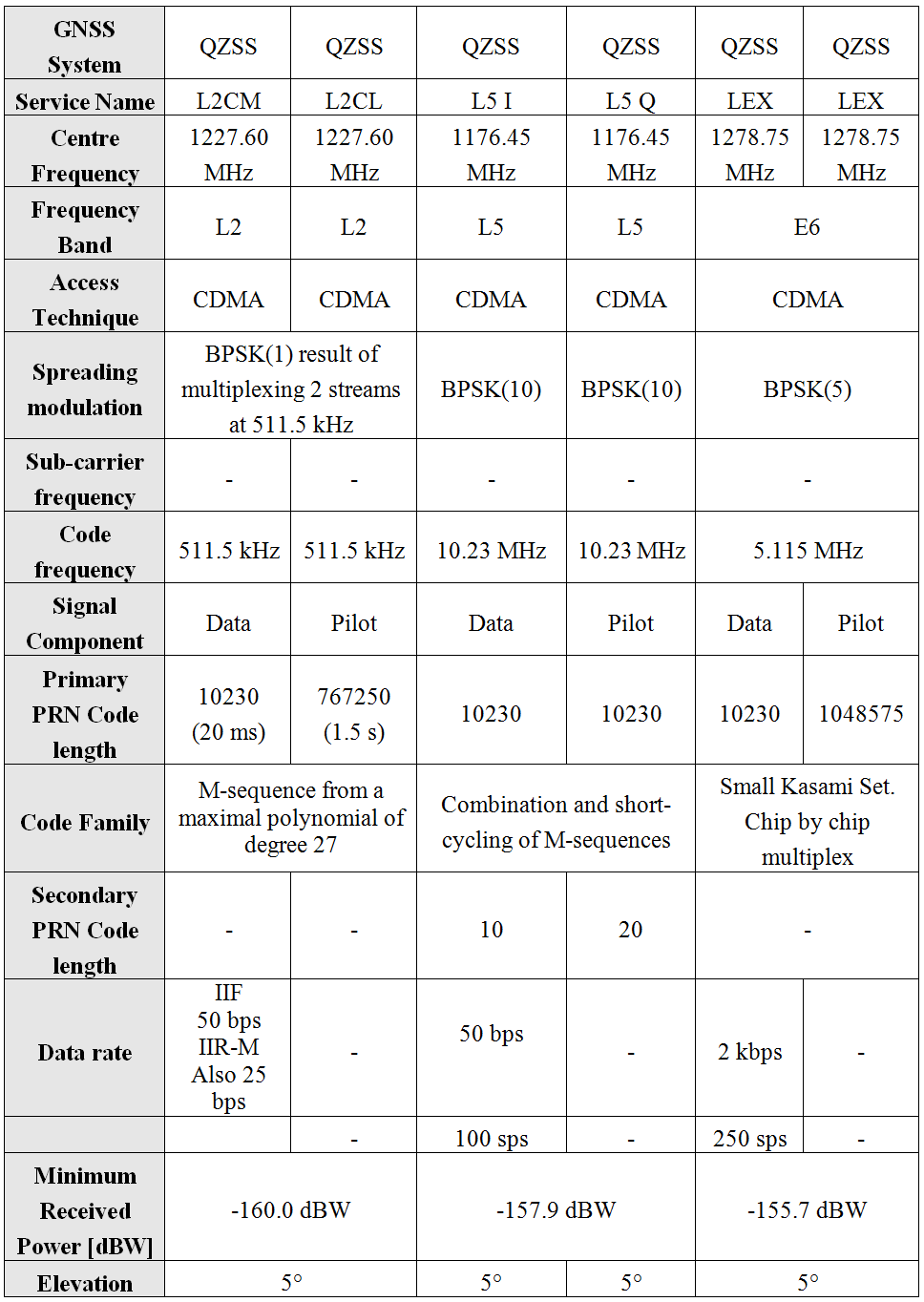 The information presented in this NAVIPEDIA’s article is an extract of the PhD work performed by Dr. Jose Ángel Ávila Rodríguez in the FAF University of Munich as part of his Doctoral Thesis “On Generalized Signal Waveforms for Satellite Navigation” presented in June 2008, Munich (Germany) and has evolved to reflect the system’s development, being updated by GMV.