The MTSAT Satellite Augmentation System (MSAS) is the Japanese Satellite Based Augmentation System (SBAS) System:[1] a GPS Augmentation system with the goal of improving its accuracy, integrity, and availability. First tests were accomplished successfully, and MSAS system for aviation use was declared operational in September 27, 2007,[2][3][4] providing a service of horizontal guidance for En-route through Non-Precision Approach.[1][2][5] The SBAS signal used to be transmitted from MTSAT (Multi-functional Transport Satellites) operated by the Ministry of Land, Infrastructure, Transport and Tourism (MLIT). The SBAS signal that is made by MLIT is now transmitted from the QZS-3 GEO satellite using the QZSS SBAS transmission service since April 2020.[6]

MSAS works by processing GPS data collected by a network of reference stations to generate the SBAS message which is uploaded to the GEO satellites. The GEO satellites broadcast this information to the user receivers, which compute the aircraft positioning and inform on potential alert messages.[5]

The main layers of MSAS architecture are:[5]

The system update phase began with the operational takeover of the GEO QZS-3 satellite. The SBAS ground system is to be fully replaced with 2 MCS, 13 GMS and 3 Uplink Station in domestic. Performance will be the same of higher than the MSAS V1 system. [7] 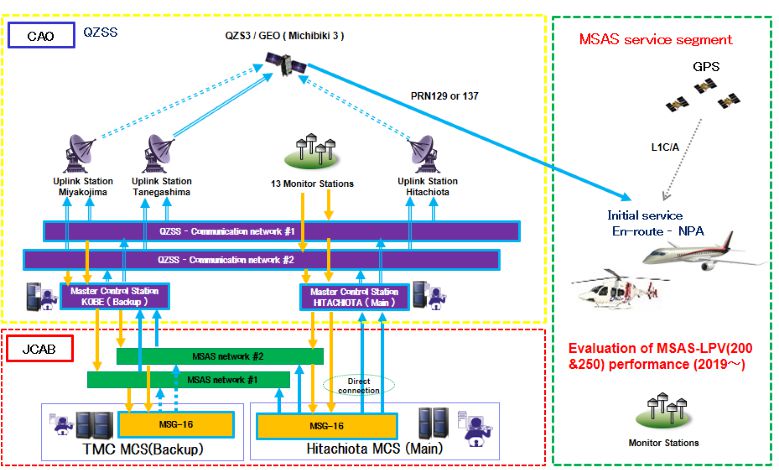 The LPV Performance Phase is to begin in 2023. The objective is to achieve vertical guidance (LPV operation) by using two or more GEO satellites. High performance ionosphere correction software needs to be developed for low latitude magnetic equatorial region using the research outcome from ENRI. [7] 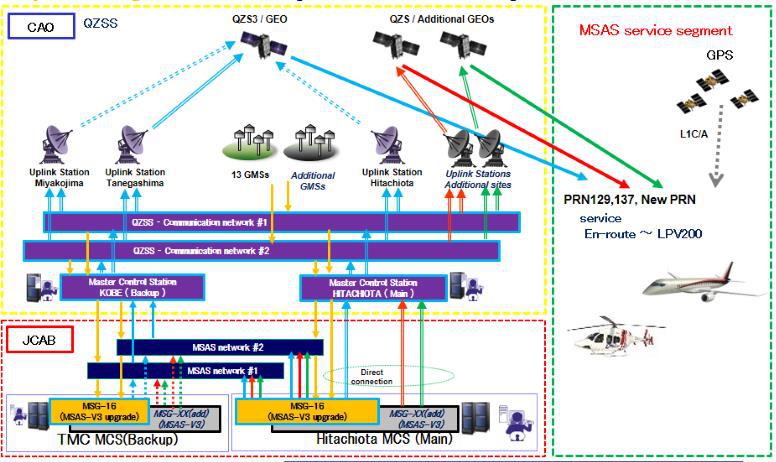 The DFMC Validation Phase started in 2017 with the DFMC SBAS experiment performed by ENRI using the QZS-2 satellite. The initial performance starts with LPV 200 in support of ICAO SARPs validation activity. QZS-3 and QZS-4 will be used for DFMC SBAS validation. [7] 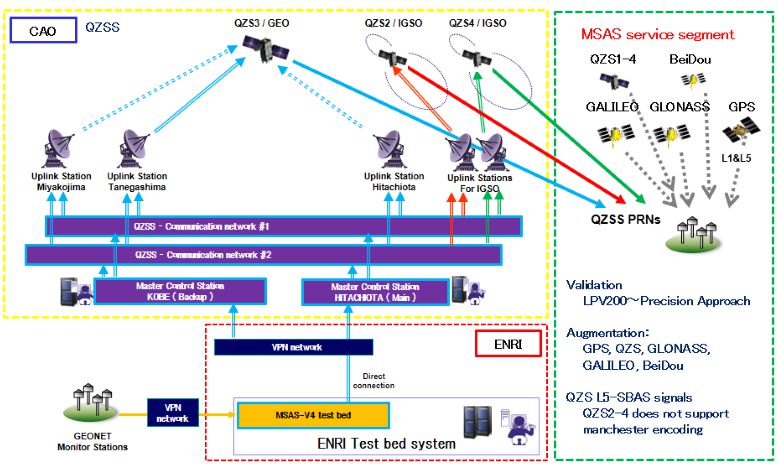