The In-Orbit Validation (IOV) satellites are the first 4 spacecrafts of the Galileo Navigation Constellation, designed, procured and manufactured by Astrium under Prime leadership of the Ottobrunn site.

These first four Galileo satellites aim to prove that the space and ground segments meet the mission’s requirements and validate the system’s design in advance of completing the rest of the constellation. The aim of the IOV phase is to perform an in-orbit validation of the Galileo system using a reduced constellation of satellites, four being the minimum number for the provision of 3D positioning and timing at test locations. The results are used as benchmarks for the operational phase and represent the reference across the entire Galileo constellation once fully deployed. 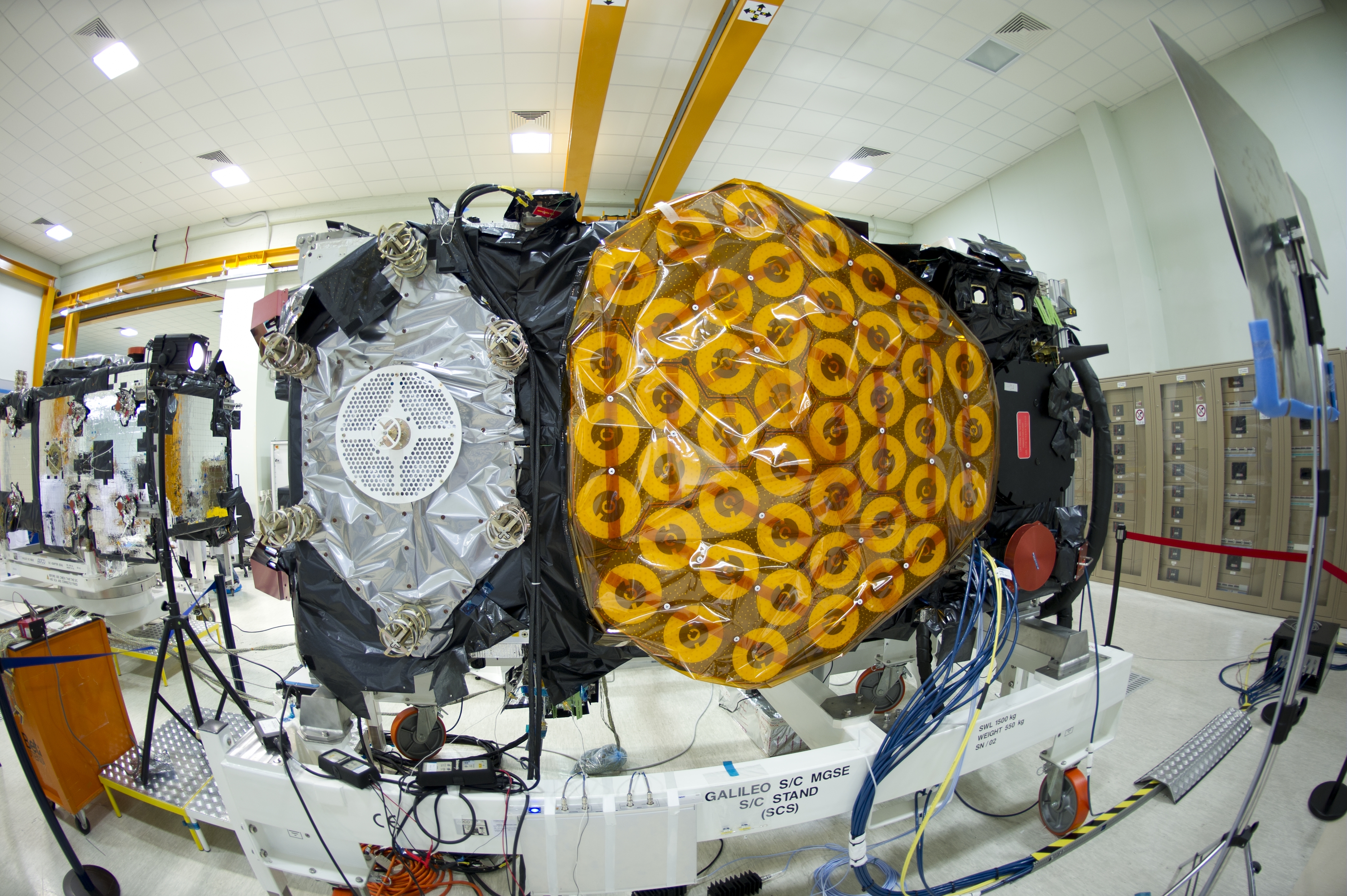 The main satellite level design driver is the clock frequency stability, which is a critical requirement for the navigation mission in terms of service performance. The satellite architecture has been largely optimized with regard to this requirement:

Another important design driver of the satellite is the in-orbit lifetime that is specified as 12 years. This places requirements on quality and shielding of the satellite units when accounting for the severe radiation environment for the MEO (Medium Earth Orbit) altitude.

While the Platform module includes dedicated subsystems for: 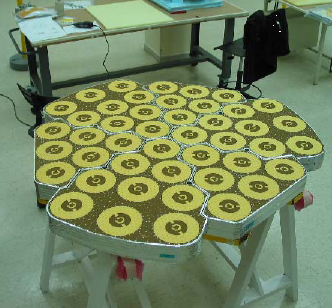 The main functions of the navigation payload are:

The timing signals are provided by high precision atomic on-board clocks, implemented as two (cold) redundant pairs: the Passive Hydrogen Maser (PHM) and the Rubidium Atomic Frequency Standard (RAFS). Both technologies are operated simultaneously, with the primary clock effectively used to generate the timing reference and the secondary clock used to support on-board monitoring of the primary clock (also allow clocks switch-over if required). The Galileo uplink signal is received via the Mission Antenna operating in circular polarisation (RHCP), and then is routed to the Mission Receiver.

The Navigation Signal Generation Unit receives the up-linked navigation data and generates in return the navigation signals in the appropriate format. The 3 navigation signals (E5, E6 and L1) are then routed to Solid State Power Amplifiers. The amplified signals are filtered, multiplexed and eventually routed to the navigation payload output section which distributes the high band (L1) and low band (E5/E6) signal power to each radiating element.

The Avionics subsystem provides the satellite on-board functions for decoding and processing of incoming TC, generation, encoding and storage of TM, electrical interface with the other satellite subsystems, overall HW and SW monitoring of the satellite, the Attitude and Orbit Control function, the On-Board Time (OBT) management.

Delta-V requirements are ensured by a mono-propellant hydrazine system operated in blow-down mode, composed of 2 identical branches each one equipped with a Latching Valve for isolation in case of failure and a Pressure Transducer for propellant gauging.

The TC/TM chain involves two S-band antennas (circularly polarised in opposite directions) accommodated symmetrically on the satellite providing an omni-directional coverage with both the receive and transmit functions, the RF harness, two S-band transponders providing also the ranging functions.

The satellite power is distributed to the electrical units via a 50V fully regulated bus providing constant supply voltage for optimal clock stability performance and minimisation of the variations of unit dissipation (w.r.t. the temperature stability requirements), which are relevant to the Galileo IOV satellite performances.

The satellite units are maintained within their temperature limits via a SW controlled active heater system. This regulation allows to achieve a high accuracy in steady state condition and to minimise temperature control errors during thermal transients.

The structure architecture is based on a modular design, consisting in a Payload and Platform assemblies in order to allow parallel integration and optimization of MAIT activities and related schedule.

Functionally, the Galileo IOV harness is subdivided. The harness assemblies are mounted separately on their respective location and inter-connected via connector brackets to support the overall satellite modular integration concept.

The information provided in this article has been prepared by D.Liberatore, Airbus Defence and Space and edited by GMV.