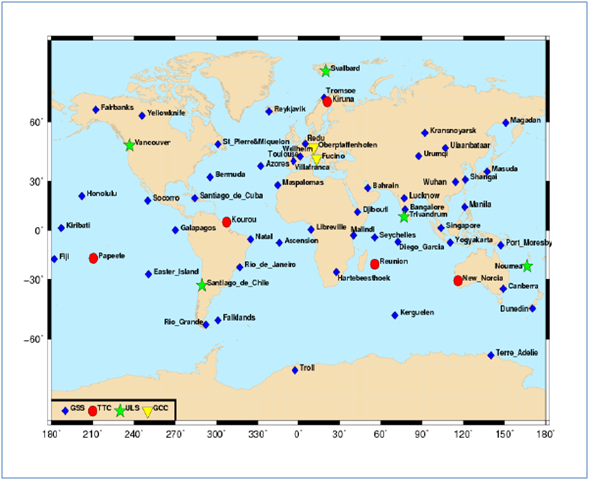 The Galileo Control Centers include components of the two Galileo segments, GCS and GMS.

The main GMS facilities are the following ones:

The main GCS facilities are: