The Wide Area Augmentation System (WAAS) is the United States Satellite Based Augmentation System. The programme, started in 1992, is being carried out by the Federal Aviation Agency (FAA)[1] and is specially developed for the civil aviation community.[2] The system, which was declared operational in July 2003:,[3] currently supports thousands of aircraft instrument approaches in more than one thousand airports in USA and Canada.[4] WAAS service area includes CONUS, Alaska, Canada and Mexico.[5] The WAAS programme is continuously in evolution; three development phases have been already covered, and there are on-going plans to improve the capability of the system in parallel with the evolution of the SBAS standards towards a dual-frequency augmentation service.[6]

The WAAS Space Segment is composed by several geosynchronous communication satellites (GEO) in charge of broadcasting, over the WAAS service area, the WAAS augmentation message. 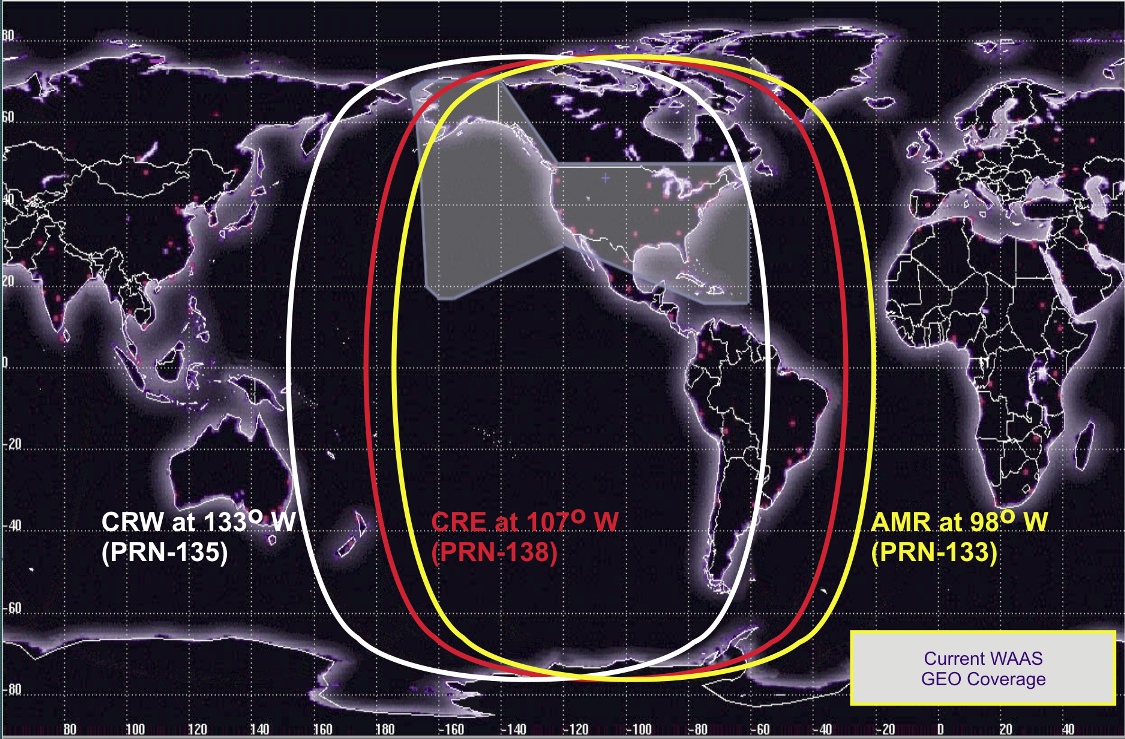 The WAAS system started with two satellites: Pacific Ocean Region (POR) and Atlantic Ocean Region-West (AOR-W), these satellites ceased WAAS transmissions on July 31, 2007. Before these satellites ceased their transmission, two more satellites, Galaxy15 and AnikF1R, were launched in 2005. After that, a new one added in March 2010, and it started transmitting a test signal whcih wasn't able for navigation but could be received and was reported with the identification number PRN 133 (NMEA#46. In November 2010, this signal was certified and declared available for navigation.:[7]. The GEO satellites which follow this one are currently operating and included in the following table: [8]

Three future GEO satellites (GEO 7/8/9] are going to be developed in the future to replace the legacy ones upon lease expiration. The first of them, GEO7(Intelsat) is intended to be operational in 2022. [9]