Galileo OS-NMA (Open Service – Navigation Message Authentication) represents an authentication mechanism that allows a GNSS receiver to verify the authenticity of the GNSS information and of the entity transmitting it, to ensure that it comes from a trusted source. Authentication is an intrinsic GNSS capability remaining internal to the GNSS receiver, without any new interfaces to the avionics.

Galileo OS-NMA will be a free-of-charge service which will become available in the near-term evolutions of the Galileo Full Operational capability (FOC), potentially for 2022-2023. On November 2020, Galileo satellites started the transmission of authentication data for testing purposes. Testing will continue during the next months. Upon successful completion of the internal testing phase, a public observation phase will begin.[1] 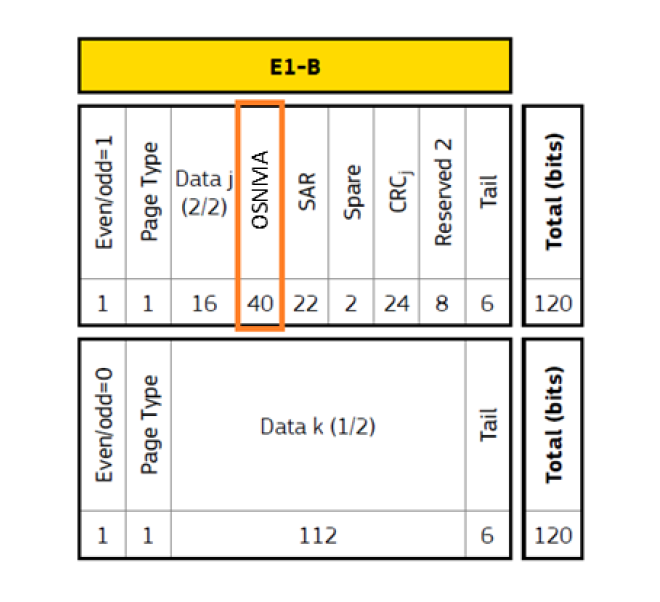 The OSNMA field is composed of two parts:

Galileo OS-NMA authentication capability is based on the use of TESLA protocol. One of the greatest advantages of this protocol is that it requires low bandwidth to transmit the authentication information, together with a tolerance to data loss in case a message is lost.

The main idea of TESLA protocol is that the key used in the authentication process belongs to a chain generated using a one-way function F, also called hash function. The chain starts with a secret seed key; and each element of the chain can be constructed by hashing the previous element. This one-way function cannot be used to predict keys. This implies that the receiver must possess some information (the root key) certified as correct independently from the information sent through the Signal in Space.

The TESLA used for Galileo OS-NMA has been optimized to use a single key for all the satellites, so users will be able to receive the key by any satellite in view. This opens the door to authenticate non-Galileo GNSS satellites.

Authentication based on Galileo OS-NMA

The way in which authentication based on Galileo OS-NMA works can be summarized as follows:

A summary of the proposed Galileo OS-NMA architecture is shown below. 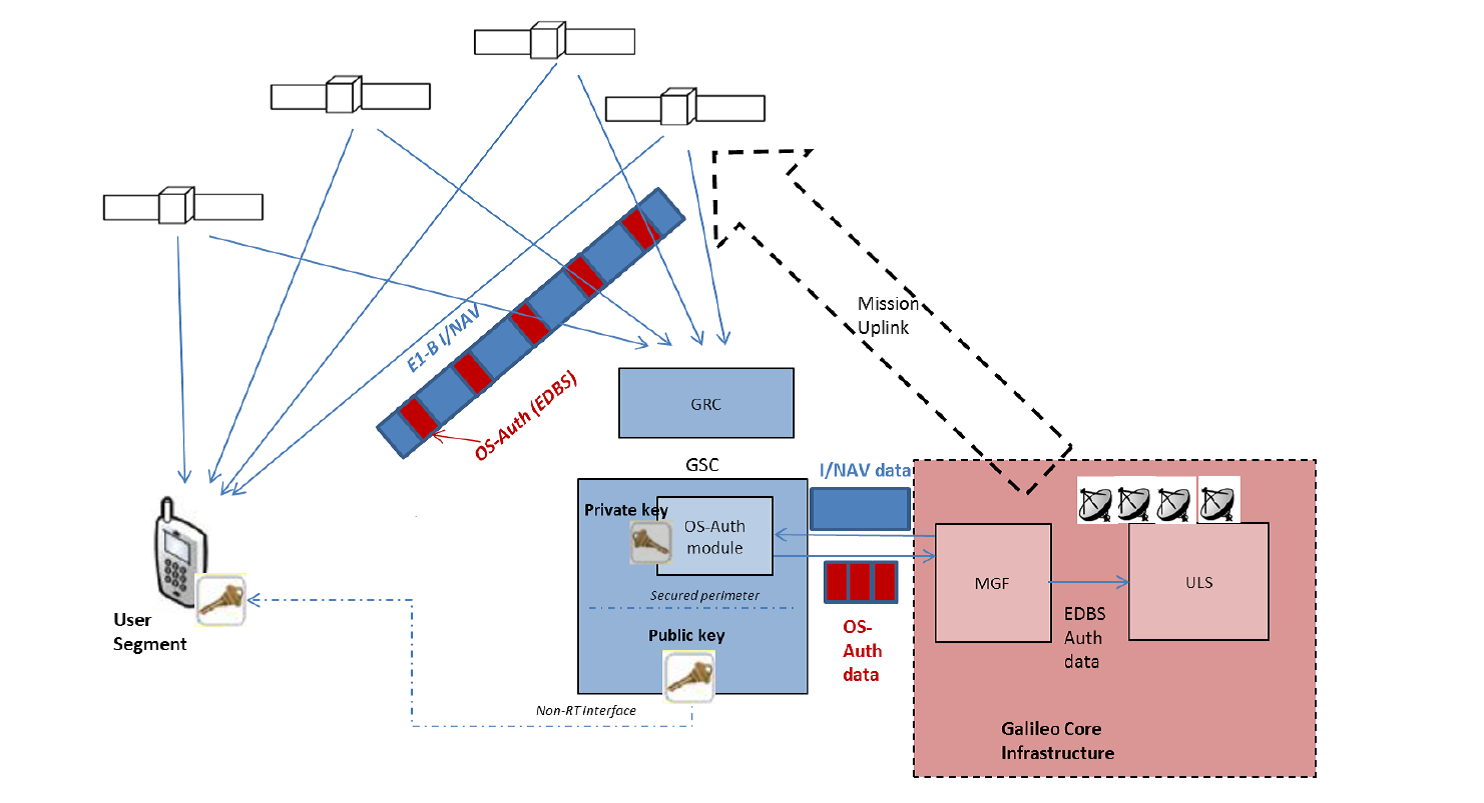 This article has been created based on Galileo Navigation Message Authentication Specification document[3] and other information as indicated through references.