The BeiDou Space Segment consists of a constellation of 35 satellites, which include 5 geostationary orbit (GEO) satellites and 30 non-GSO satellites. The system is currently under development evolving from a regional system called BeiDou-1, and in the first phase will provide global navigation services by 2020, similarly to the GPS, GLONASS or Galileo systems.

The BeiDou Space Segment will consist of a constellation of 35 satellites, which include 5 geostationary orbit (GEO) satellites and 30 non-GSO satellites; 27 in Medium Earth Orbit (MEO) and 3 in Inclined Geosynchronous Orbit (IGSO), with a worldwide coverage.[1][2] 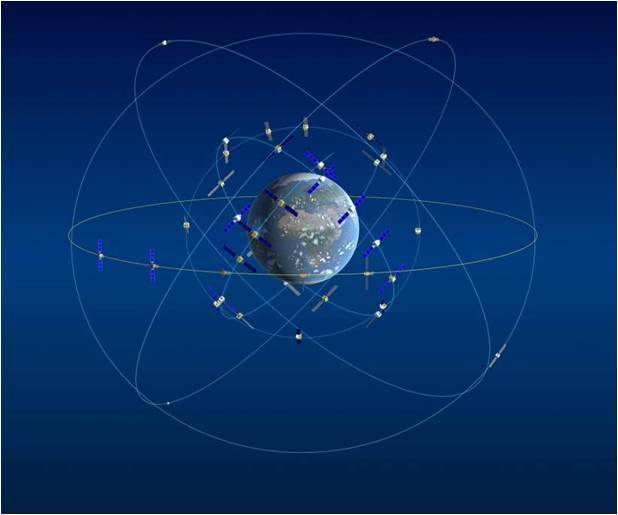 The nominal constellation includes 35 satellites, 5 GEOs, 3 IGSOs and 27 MEOs. The number of IGSO orbits is 3, with one IGSO per plane. The intersection node is 118E. The MEOs are deployed as a Walker constellation; 24 MEOs in 3 planes plus 3 spares. The orbital parameters of the final constellation are shown in the following table:[1]