A Satellite-based Augmentation System (SBAS) is a civil aviation safety-critical system that supports wide-area or regional augmentation – even continental scale - through the use of geostationary (GEO) satellites which broadcast the augmentation information.[1][2] A SBAS augments primary GNSS constellation(s) by providing GEO ranging, integrity and correction information. While the main goal of SBAS is to provide integrity assurance, it also increases the accuracy with position errors below 1 meter (1 sigma).

The ground infrastructure includes the accurately-surveyed sensor stations which receive the data from the primary GNSS satellites and a Processing Facility Center which computes integrity, corrections and GEO ranging data forming the SBAS signal-in-space (SIS). The SBAS GEO satellites relay the SIS to the SBAS users which determine their position and time information. For this, they use measurements and satellite positions both from the primary GNSS constellation(s) and the SBAS GEO satellites and apply the SBAS correction data and its integrity.

Every SBAS provides ranging signals transmitted by GEO satellites, differential corrections on the wide area and additional parameters aimed to guarantee the integrity of the GNSS user:

The SBAS delivers to the user the corrections and integrity data as well as some ancillary information (timing, degradation parameters, etc.) through messages encoded in the signal. The specification of the SBAS message data format is contained in the ICAO SARPS Appendix B for the aspects related with the signal in space, as well as in the RTCA MOPS DO-229D for the minimum performance requirements applicable to the airborne SBAS receiver equipment. The format of the messages is thoroughly explained in the article The EGNOS SBAS Message Format Explained.

A convolutional encoding of the bits is performed with the following parameters:

As indicated in the table above, the performance requirements are expressed in terms of four quantitative concepts, many of them to be interpreted as probabilistic figures: 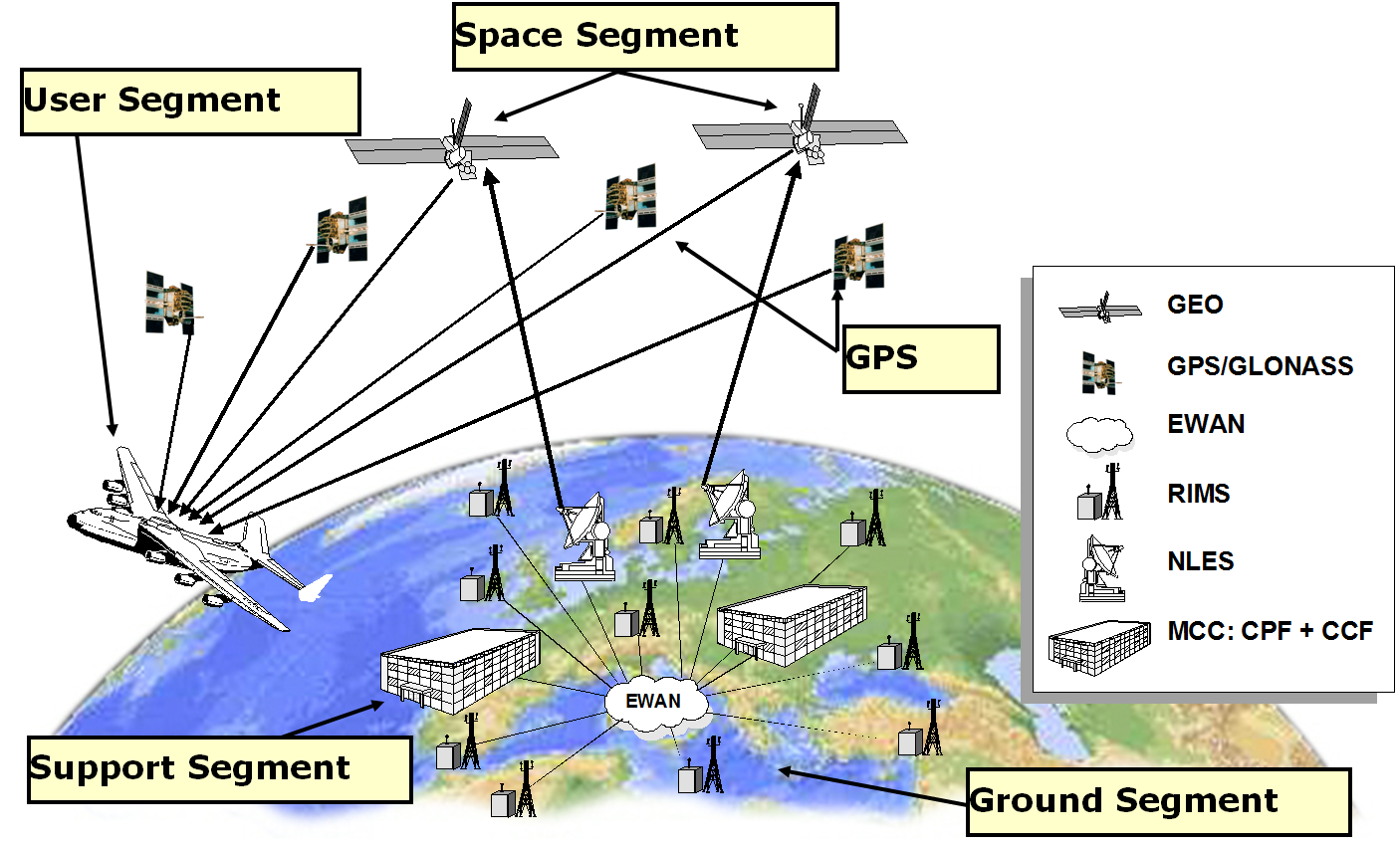 A SBAS is a safety critical system designed to augment one or several satellite navigation systems. In this sense, it is not a standalone system. The main layers of a general SBAS architecture are:

The SBAS space segment is composed by several geostationary satellites in charge of broadcasting, over the service area, the SBAS navigation message. Typically, the SBAS satellites are multi-purpose (commercial communication) satellites that carry out an additional navigation payload capable to generate a GPS-like signal that retransmits to the users the navigation message generated on-ground.

The new generation of SBAS navigation payload includes more advanced functionalities. Among them, it is worth noting:

The main purpose of the Ground Mission Segment is to generate and uplink the augmentation signal that will be broadcast by the GEO satellite.

To achieve this objective, the Ground Mission Segment is typically broken down into the following subsystems:

The Monitoring Station Network is carefully designed to monitor satellites and ionosphere with the required accuracy and availability in the SBAS service area. This usually implies a dense network of stations in the service area, with some additional stations outside. In addition, there must be redundancy to avoid single points of failure, or even different subsets of stations to feed parallel and independent processing chains.

The monitoring stations have the following characteristics: 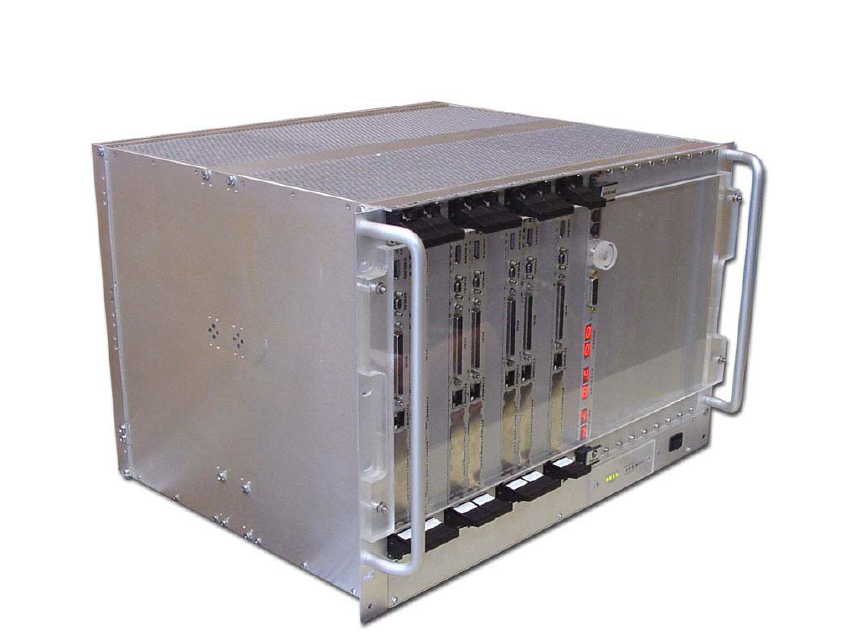 The Processing Facility Center is one of the critical elements of the SBAS system as it is charge of generating the augmentation information for the user, playing a major role in the achievement of the SBAS performance requirements.

The Processing Facility Center is in charge of the following functions:

The Processing Facility Center has a very strong algorithmic load, as it has to solve the following challenges:

GEO Satellite Control Center function is to relay the SBAS messages computed by the Processing Facility Center to the GEO satellites. Its functions include:

The Communication Layer ensures that all the SBAS Ground Segment elements are interconnected in real time. This connection should be performed with high performance standards in terms of reliable lines, sufficient bandwidth for a large exchange of data, and stringent redundancy and security requirements.

The SBAS Support Segment collects all the elements need to support the development and operation of a SBAS system. These elements are not related with the provision of the SBAS service but they are needed as external support facilities. They SBAS support needs can be listed as:

Between the different SBAS Support elements it is worth noting:

The SBAS user segment comprises all the user equipment that makes use of the SBAS Signal in Space (SIS). In fact, the SBAS User segment is not under the control of the SBAS service provider as it is driven by the SBAS application market.

In general, the SBAS service operator provides different services aiming at different market sectors, namely an Open Service, a Safety of Life service (SoL) and even a Commercial Service.

The SoL civil aviation certified equipment is in the highest rank with respect its cost. There exist a large number of certified receivers manufacturers worldwide both in the US (GARMIN, Honeywell, Rockwell Collins, General Avionics, etc) and in Europe (see complete list in EASA homepage[5]).

The Open Service (OS) targets low cost, general purpose GNSS equipment that uses the SBAS SIS to provide the user with an enhanced accuracy performance in comparison with the one provided by a standalone GPS device. In comparison with the certification requirements of the user equipment above, user equipment is not necessarily compliant with the RTCA MOPS DO 229 processing rules, but might only make use of the processing algorithms that render the accuracy corrections provided by the SBAS SIS.

Finally, some SBAS service providers (see EGNOS) include the provision of the information computed by the SBAS ground element (input raw data, corrections, integrity information) by dissemination means different to the SBAS GEO link (generally, using terrestrial telecommunication networks). This constitutes the Commercial Service. This market sector comprises professional users (land and geodesy applications, maritime or terrestrial transport applications) that are not subject to the integrity and latency requirements needed in the SoL service.