One of the first scientific applications of GNSS was to precisely determine the position of fixed ground antennas in order to study the dynamics of the Earth surface. It was soon realized that in order to obtain the best results it would be necessary to compute very precise orbits of the GPS satellites. A number of groups started doing this and, as a result, the first orbits that were precisely obtained using GNSS were those of the GPS satellites themselves[1]. 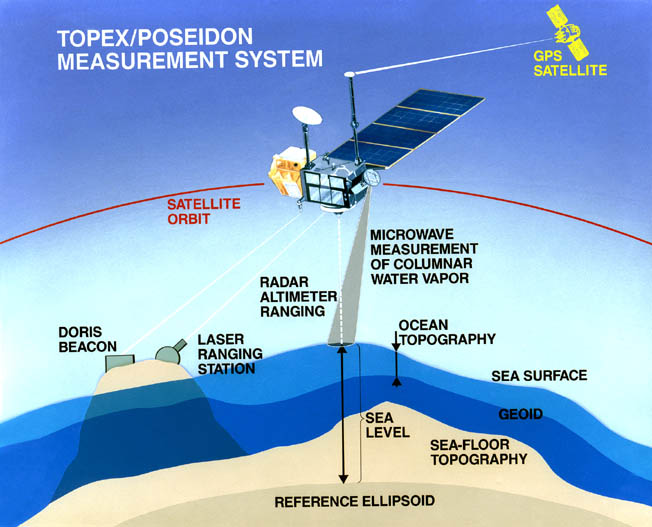 Precise Orbit Determination (POD) method rely on techniques similar to those used high-precision geodetic receivers such as carrier-phase and RTK tailored and optimized for orbit determination. Usually the orbits are calculated in post processing (usually on the ground segment) and later this information is combined with the other spacecraft instruments data in order to make available the final products (altimetry, imagery, etc) that the spacecraft was built to provide.

GNSS has many advantages for the tracking of satellites orbiting the Earth. It provides unsurpassed observability because low-Earth satellites are able to track six or more GPS satellites, with tracking arcs amounting to about half of the user satellite orbit. This cannot be achieved by any ground-based tracking station. This ability also renders the method robust. There is a high level of redundancy because orbits can be determined with as few as two GNSS satellites being tracked at any time. When four satellites are being tracked, GNSS allows for real-time autonomous determination of the position of the satellite, with an accuracy equivalent to that obtained with non-precise ground tracking methods. If a precise dual-frequency receiver is used and data is processed together with ground based data, GNSS possibly provides the best accuracy that can be achieved in precise orbit determination[1].

Precise Orbit Determination is specially used for Earth Observation missions that require such level of orbit determination precision. One common use of POD is the combination with laser or radio altimetry to achieve very precise measurements of land or sea level.

Some examples of the use of Precise Orbit Determination are: