The main functions of the Space Segment are to transmit radio-navigation signals, and to store and retransmit the navigation message sent by the Control Segment. These transmissions are controlled by highly stable atomic clocks on board the satellites. [1]

The satellites in the GPS nominal constellation are arranged into in six equally-spaced orbital planes with an inclination of 55 degrees in relation to the equator. Each plane contains four “slots” occupied by baseline satellites. This 24-slot arrangement ensures users can view at least four satellites from virtually any point of the planet. [2]

The Air Force normally flies more than 24 GPS satellites to maintain coverage whenever the baseline satellites are serviced or decommissioned. The extra satellites may increase GPS performance but are not considered part of the core constellation.[2]

In June 2011, the Air Force successfully completed a GPS constellation expansion known as “Expandable 24” configuration. Three of the 24 slots were expanded, and six satellites were repositioned, so that three of the extra satellites became part of the constellation baseline. As a result, GPS now effectively operates as a 27-slot constellation with improved coverage in most parts of the world.[2]

Orbits are nearly circular, with eccentricity less than 0.02, a semi-major axis of 26 560 km, i.e. an altitude of 20 200 km. Orbits in this height are referred to as MEO – medium earth orbit. The satellites have a speed of 3.9 km per second and a nominal period of 12 h sidereal time (11 h 58m 2 s), repeating the geometry each sidereal day. The space segment is subject to maintenance and evolutions. 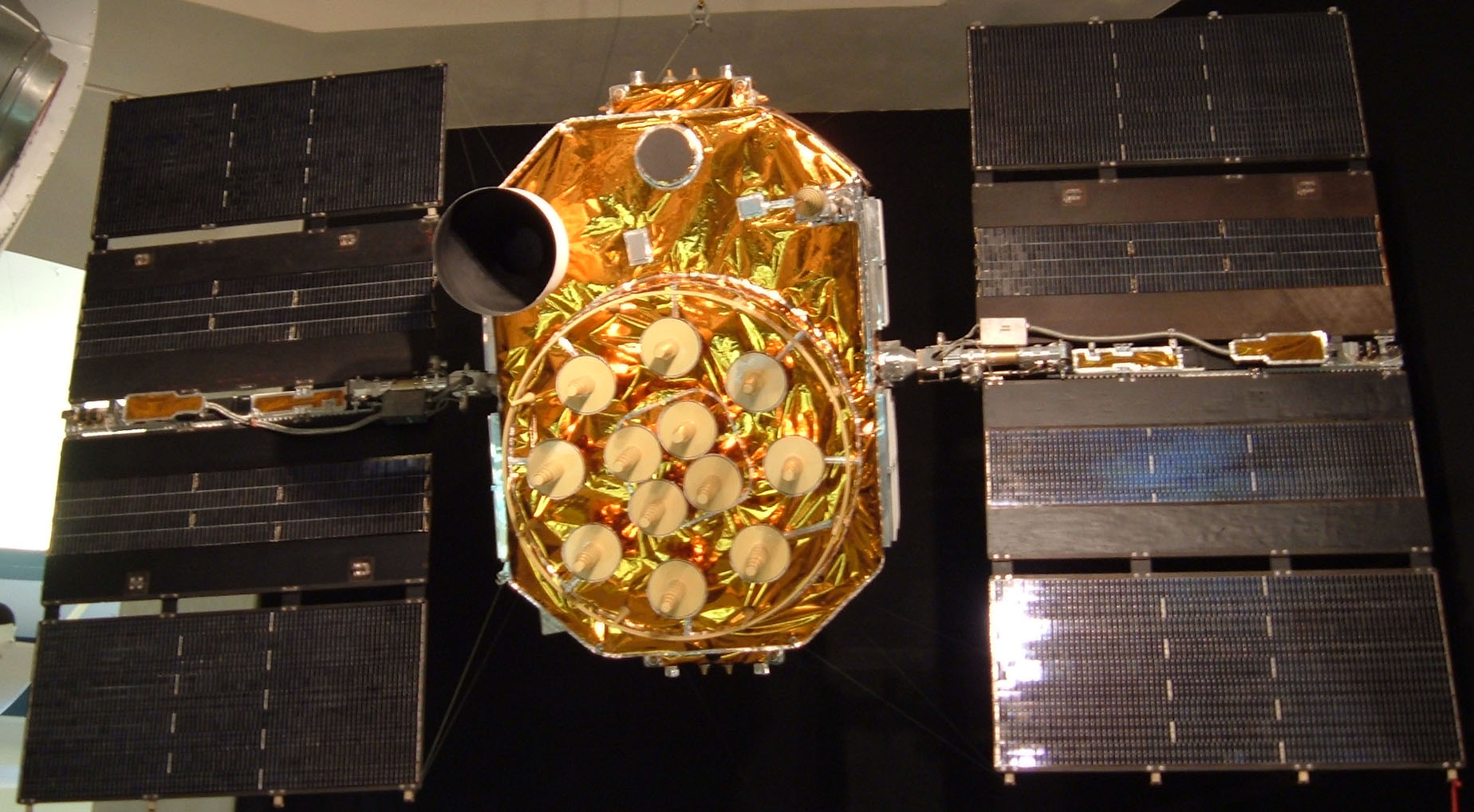 The design of GPS satellites has evolved with time. Each generation of satellites with similar characteristics is called a block. A brief description of the different GPS blocks follows:[1] [2] 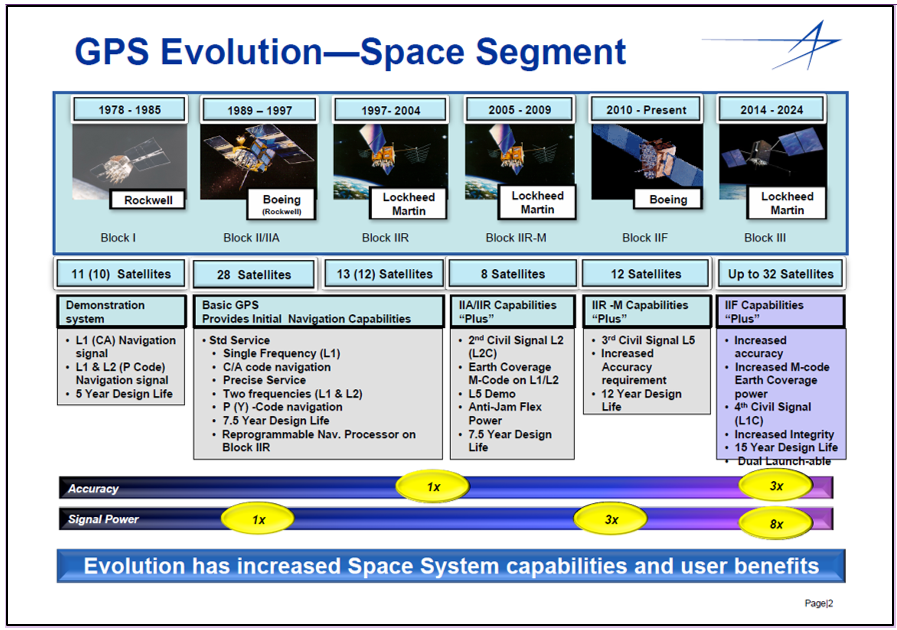 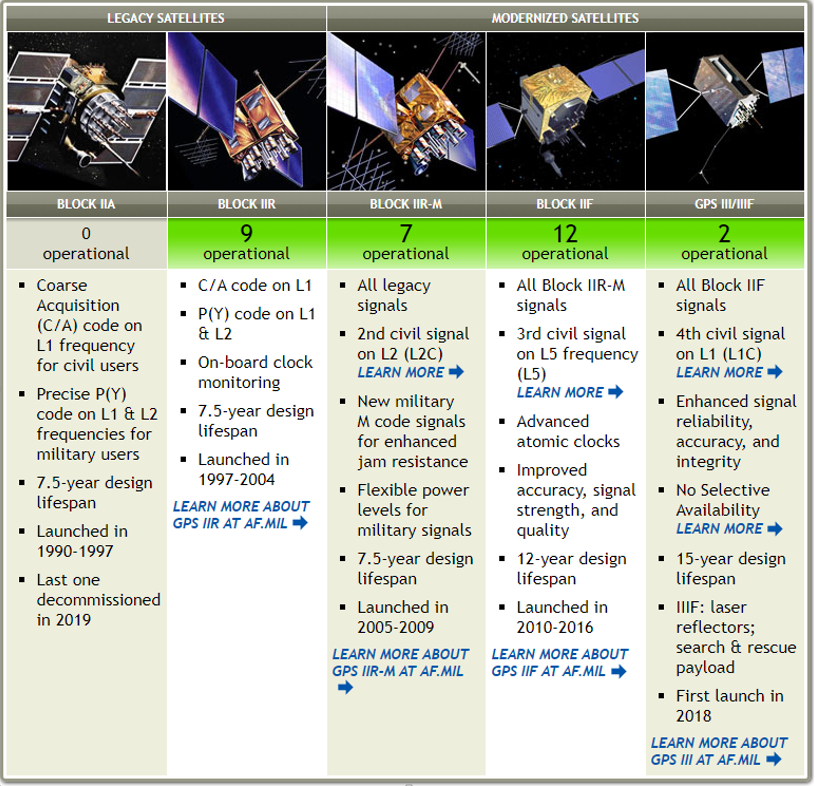