The GLONASS Ground Segment (also referred to as Control Segment or Operational Control System) is the responsible for the proper operation of the GLONASS system. Like in GPS, the GLONASS Control Segment monitors the status of satellites, determines the ephemerides and satellite clock offsets and, twice a day, uploads the navigation data to the satellites.[1] 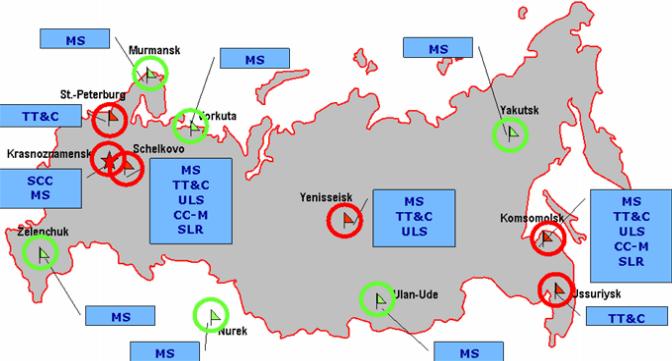 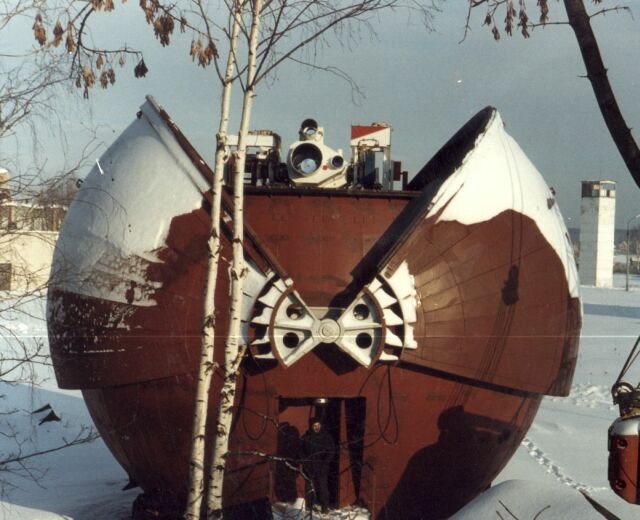 SLR Station in Shelkovo (near Moscow)

The GLONASS ground segment consists of:[2]

The System Control Center (SCC) is responsible for satellite constellation control and management of GLONASS satellites. It provides the telemetry, telecommand and control function for the whole GLONASS satellite constellation. The SCC coordinates all functions and operations at the system level. It processes the information from the Command and Tracking stations to determine satellite clock and orbit states, and updates the navigation message for each satellite.

The Command and Tracking Stations are composed by a main network of five Telemetry, Tracking and Control (TT&C) stations distributed throughout the Russian territory. The CTSs track the GLONASS satellites in view and accumulate ranging data and telemetry from the satellites signals. The information from CTSs is processed at the SCC to determine satellite clock and orbit states and to update the navigation message of each satellite. This updated information is transmitted to the satellites via the Upload Stations, which are also used for the transmission of control information.

The high precision of laser ranging allows use of SLR as a single source of calibration data for GLONASS ephemeris determination, providing solution of following problems:[3]